Kennedy-Powell Elementary is one of just a few elementary schools in Texas and across the nation taking part in the newest Project Lead the Way (PLTW) STEM curriculum, named Launch. This is the newest STEM curriculum from the Indianapolis-based non-profit organization, Project Lead the Way (PLTW). Although this is the fifth full year of the PLTW Launch curriculum, it is the sixth year it has been at KP. The first year (2013-2014) KP was one of a handful of schools nationwide selected to pilot the PLTW Launch program. PLTW chose pilot schools based on the strength of their science, technology, engineering and math (STEM) education programs. It evaluated not only a school's STEM initiatives, but also their demographics (gender and socioeconomic status) and the experience of a master teacher that could be trained to guide the program.  Maribeth Brown, coordinator of Kennedy-Powell’s PLTW Launch program, currently fills that role.  Kennedy-Powell Elementary was honored to be designated as a  PLTW Distinguished Launch Campus for the 2017-18.

2nd Grade:  PLTW Module:  Physical Properties of Matter
Students in each of the 2nd grade classes built a model that could keep an ice pop frozen!! Pictures of the models and results are shown below.
3rd Grade:  Mrs. Hesse's class
Students are experimenting with balanced and unbalanced forces.
KP Teachers are PLTW Learners, too!
Last week, 3-5th grade teachers attended a PLTW training to problem solve! Their task was to build / create a cast!
In September, PLTW student's are learning to use the app Popplit!
2nd Grade: Grid and Games module
Students programmed Rosie the Robot dog.  Students program thier dog to go from start to finish.  Also avoid the mud puddles and pick-up 2 dog bones. 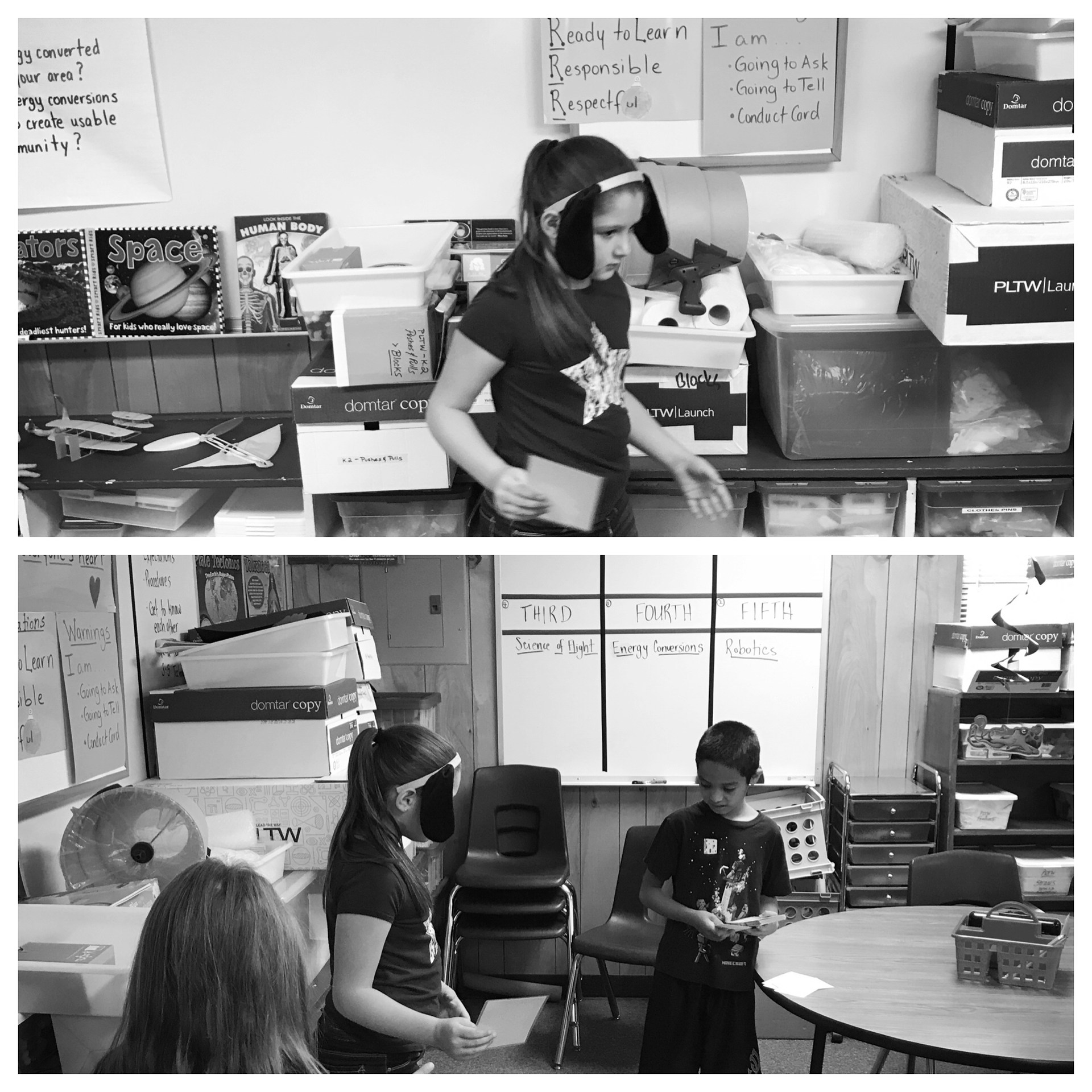 4th Grade:  Energy conversion
Students are building a model of a bike with the Vex IQ equipment. Students will identify the potential and kinetic energy.
3rd Graders:  Forces and Interactions Mrs. Davis and Mrs. Bender join me in PLTW lab to teach this module!! Students built a model of a wheel and axle!!